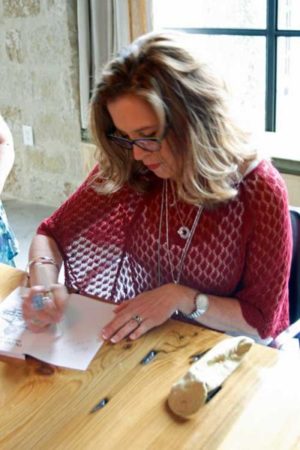 Susan R. Nelson is a published author and sought-after speaker.  Sharing her story of survival and recovery after being shot point blank in the back of the head, through her memoir The Only Light I Saw Was in Galveston (Memory Publishing 2015) My Six Year Journey Back…After Death; she has been a featured guest on VICE TV : Episode entitled “Fear and Loading: Women and Guns in America; the International Podcast, reboundstronger.com (Episode 14 ); a speaker for National Gun Violence Awareness Day and the wearorange.com Texas Rally; as well as a guest presenter for Austin Women Over 50; Growing Old is Gold.

By all accounts, the gunshot to the back of her head should have been fatal. To Watch Susan’s Story, Click HERE. But with the bullet still lodged in her brain, Susan, at age 29, would start her life over again. Susan shares her journey from death including the moment, while still comatose, she saw the light in the distance, and though NOT the “white light” so many speak of, still a glimmer of the possibility of help and hope. During the coming years, she would not only have to relearn the most basic of physical tasks of walking & talking and reading & writing, she would have to learn to find that light of hope again in order to rebuild her life; a life which at times appeared to be a volatile and emotional roller-coaster ride.

After a six-year struggle to find her place in the world the native Texan returned to her home state where she now lives as a wife and mother.  Susan has served on the board of various non-profit support groups and is an outspoken advocate, fundraiser, and champion for women and children who are dealing with trauma and crisis in their lives.  Clearly a survivor, Susan is involved with multiple organizations which focus on Brain Injury Awareness, Gun Violence & Safety, Political policies and Women’s issues.